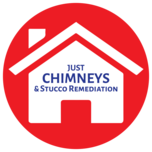 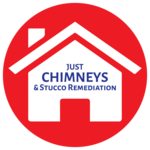 Does my chimney really need to be cleaned even if it was hardly used during a warm winter?

There are actually more chimney fires after a warm winter, than after a cold winter. That is because during warm winters, people burn lower-temperature fires. This causes heavier creosote build-up than you would think. If you don't think you've burned a lot of wood for the last couple of years, check your wood pile. The general rule of thumb is to sweep your chimney after every cord you burn.

I don't have a fireplace and my other flues are maintained by my heating company - do I still require cleaning services?

Many customers are unaware that heating companies don't clean chimneys when they clean the furnaces. Gas, oil, and propane chimneys need to be swept too. Heating company technicians are not trained, professional chimney sweeps. Too often a heating technician will advise the homeowner that the chimney for their oil or gas heat never needs sweeping … and next thing you know, the homeowners are being treated for carbon monoxide poisoning due to a blocked flue. Oil, natural gas and propane heat chimneys must be swept every 2 years at the very least or, every year if the home has a furnace that is more than 20 years old.

I have a coal stove – do I need to give it any special attention?

Coal stoves give off carbon monoxide and, despite the popular misconception that coal stoves burn cleanly enough to last 3 or more years before they require cleaning, the opposite is true. Coal gives off fly ash instead of creosote soot. As fly ash builds up, it gains moisture from humidity or rain seeping into the flue. This causes three very serious problems:

1. The fly ash becomes a cement-like substance. Instead of sweeping away powder, the residue needs to be chiseled away (Ro-kleen) as if it were cement. This is very expensive and could end up damaging flue tiles.
2. Fly ash contains sulfuric acid and, when mixed with moisture, the acid eats away at the inside of the stove, the pipes and the flue/lining. By cleaning a coal flue every year, you prolong the life of the stove and your chimney, which is far less expensive to clean than trying to break away the "cement" of wet fly ash.
3. When a coal stove blocks up there is the danger of carbon monoxide poisoning. Coal stoves should be swept as soon as the burning season has ended and the pipes to the stove should remain taken apart until the new burning season arrives. This prevents moisture build-up and corrosion during the humid summer months and prolongs the life of the stove pipes, thus getting more years of service out of them and saving you money.

Do we need our chimney cleaned if we burn those clean-burning "pre-fab" logs?

Pre-fabricated burning logs (Duraflame™ or Mountain Logs™ for example) are as much of a fire hazard as regular wood if the chimney is not maintained regularly. While these pre-fab logs burn long and cleanly, they produce a wax-like build up that sticks to everything inside your chimney. This substance coats your flue tiles, lining, damper gears, chimney cap, everything. So if you're burning these logs, don't think they burn so cleanly that you don't need to have your chimney swept. Clean the chimney every year, regardless of how many of these logs you burn during the season.

If I have a stainless steel liner, do I still have to have my chimney swept?

Regardless of having your chimney relined with stainless steel or aluminum, the chimney still needs to be swept! Many homeowners believe that once they have their chimney relined with a stainless steel or aluminum liner, they no longer have to worry about cleaning the chimney. The truth is, nothing about your burning practices has changed. Your oil or gas furnace might run more efficiently, but the chimney still needs sweeping. As a matter of fact, if you don't sweep the chimney and this is documented by a professional chimney sweep, the manufacturer of the lining will no longer honor the warranty. Proper maintenance is required, especially if you want to protect a new $500-$3000.00 investment.

Do I really need a chimney cap?

Yes. Every chimney needs a chimney cap! Some people don't have chimney caps on top of their flues because they just don't like the way they look; however, having a cap could save your life one day. Chimney caps not only keep out rain and snow but, more importantly, if you have a chimney fire, the spark-arresting screen keeps the sparks and burning embers inside the flue. In other words, a chimney cap prevents embers from flying up and onto your roof, thereby preventing your roof from catching on fire until the fire-department arrives to extinguish the blaze in your chimney flue.

Some other important facts about chimney caps:

Moisture. When a flue gets moisturized, it causes serious deterioration problems when mixed with certain types of soot residue, not to mention freeze/thaw damage during the winter months.
Animals. Nice warm chimneys provide the perfect home for smaller animals, especially birds, who love to nest in flues. When burning, the heat from the appliance goes up the flue. This is inviting to small animals and birds because it provides a warm place to build a nest in a small, enclosed area. A squirrel can build a four foot deep nest in less than twenty four hours. They are also territorial, so if you remove a nest, the little rodent will be back up there building a new one as soon as it feels it is safe - usually within hours. These nests block the chimney, preventing gases from escaping, so they back up into the home, causing soot and smoke damage and carbon monoxide poisoning.
Debris. Chimney caps prevent leaves, twigs, and seeds from falling into the flue and causing blockages or, in some cases, chimney fires. As long as the chimney cap is sized and installed properly by a professional chimney sweep, chimney caps do not change the draft on your chimney. Customers may notice that caps purchased from a professional chimney sweep may cost more than those you can purchase from your local hardware/home improvement store - this is because the quality and manufacturing processes are much higher standards than retail caps; they have better manufacturer and installation warranties. You're not only paying for a better quality cap, but also for proper professional installation and warranty.

Why is there a draft coming from my chimney?

Drafting problems could be caused my many things: blocked/dirty chimneys that are not maintained regularly, wrong chimney cap, faulty dampers, location of where the house sits on its property or firebox size.

How do I prevent a downdraft?

If you live on a hill or deep valley, you may experience down-drafting issues. If this is the case, there are specially-designed chimney caps which prevent a downdraft, thus making the chimney run more efficiently and, in some cases, useable when it once was not. One such cap is a special, down-draft preventer called a Vacu-stak™.

Why does it look like a tree is growing out of my neighbor's chimney?

Sometimes people see little tree-like branches growing out of the top of their chimney – yes, trees CAN grow in chimneys. Sometimes seeds from other trees fly through the air (or are carried by birds and sometimes dropped down the chimney) and, when the seeds embed themselves in the soot along the lining of the flue and mix with moisture from rain or snow, a tree can literally grow out of the chimney. This is a serious problem and can cause major damage and deterioration, not to mention blockages. This is also another example why it is important to put a cap on every flue in your home.

Multi-flue caps are available for chimneys with more than one flue. This larger cap covers all of the flues, instead of having two or more single flue caps at the top. Sometimes this is more pleasing to the eye and less expensive than a multitude single caps.